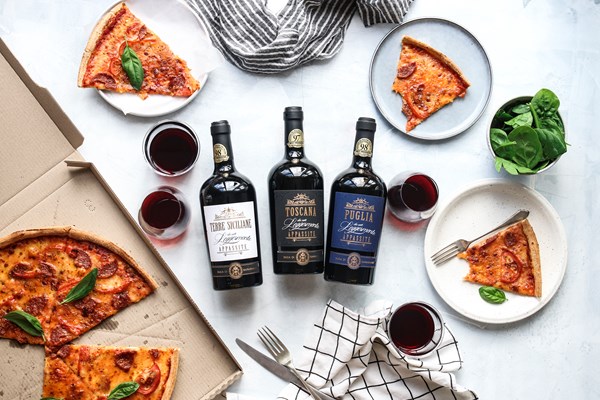 We LOVE a good story about the collapse of the Roman Empire.  Turns out the loss of the Romans was the gain of the Arabs, who began marauding (great word) across the Mediterranean in the middle ages.  When they hit Campania in Southern Italy, one plucky local nobleman, the Duke of Saragnano, fought bravely to protect his family, property and people.  The battle was nasty, he lost and was forced to scurry north to Tuscany.  Fast forward a generation or ten to the mid-20th century, to when one of the Duke’s heirs befriended Luigi Barbanera, parents had just founded a winery at the foot of Mount Cetona.  Like any good mate would, he allowed the Barbanera family to use the title, Duca di Saragnano, for a trio of wines that we are now così eccitato to bring to you!