How Is It Made? The WINE Edition 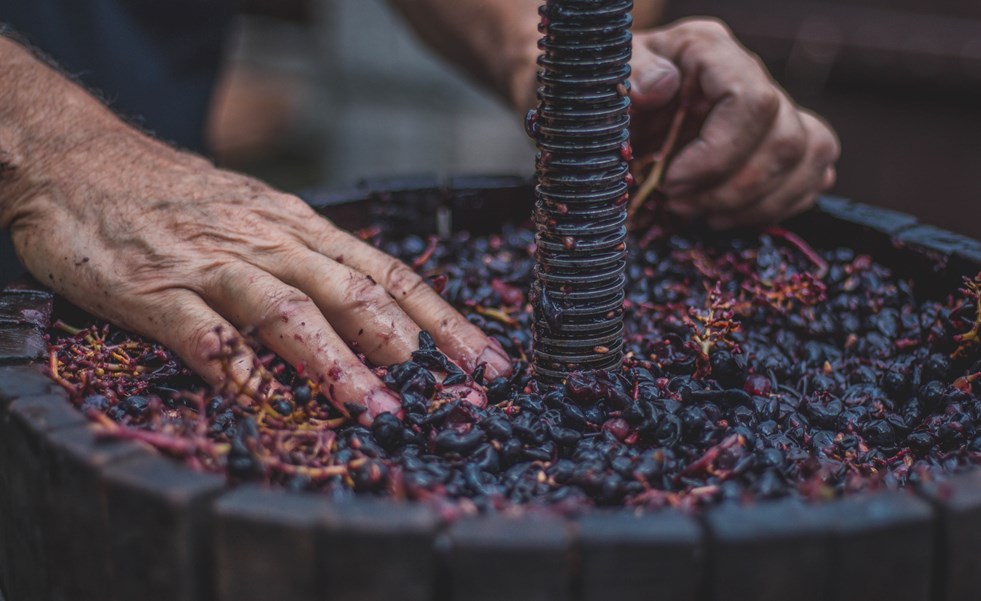 If you’re here, it’s pretty safe to say you love your wine. And it’s always good to educate yourself about the things you love, right? In that spirit, today we’re revealing all about the process that produces the magical elixir we know and love. From vine to glass, here’s the skinny on how wine is made!

Depending on the region, grapes are harvested in New Zealand in late summer and into autumn. When a winemaker determines that their grapes are ready to be picked (different grapes ripen at different times), harvest commences and the fruit is taken off the vine by hand or by machine. Hand-picking is generally seen as preferable, but machine-picking is more economical (and today’s machines are surprisingly gentle on the fruit) — so the method a particular winery uses typically depends on their size, budget, and production preference. 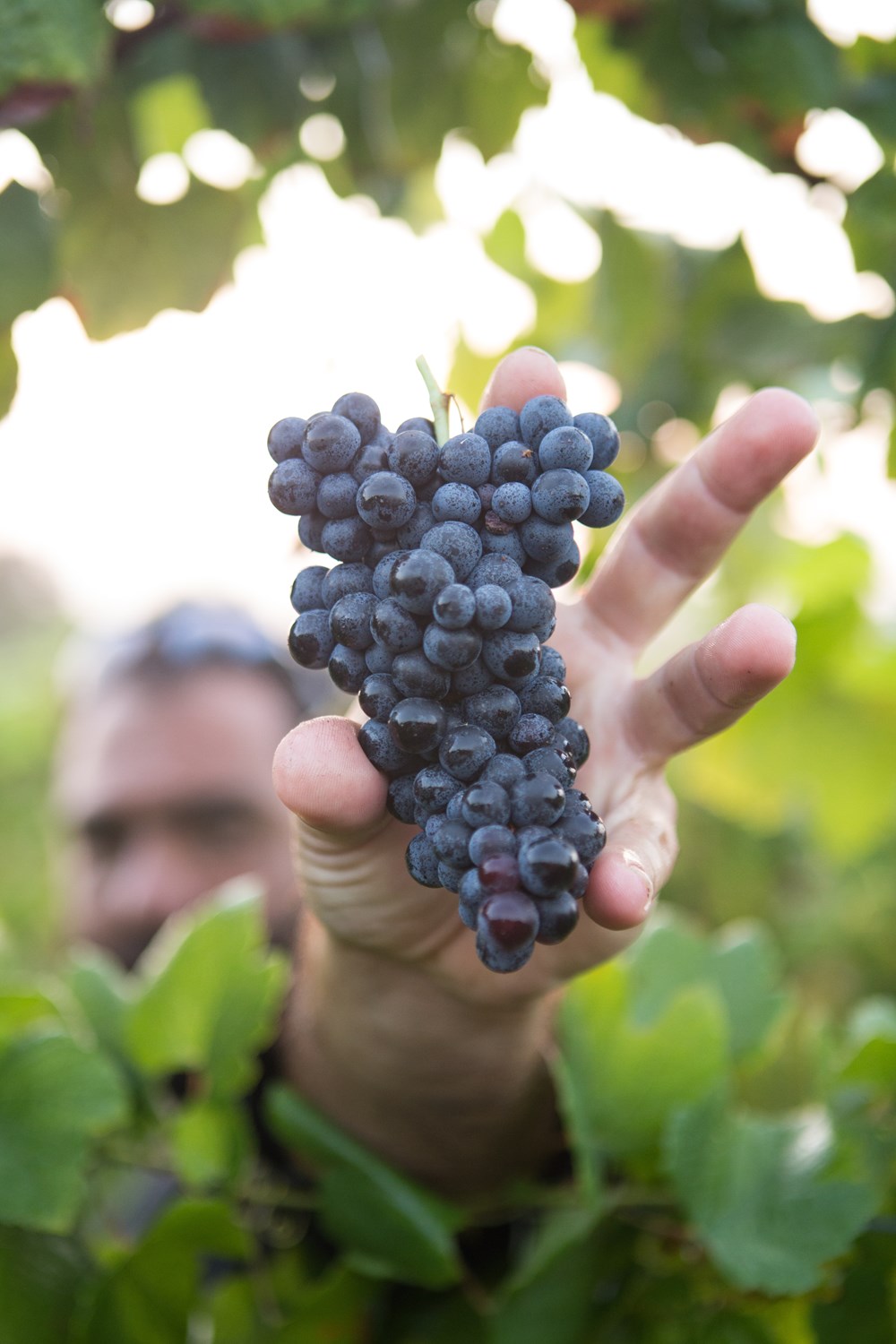 After picking, the grapes usually head to the sorting table, where the good, the bad, and the average are separated. The grapes are observed as they trundle by on the conveyor belt, and the unsatisfactory ones are extracted — the grapes that are rotten, bruised, shriveled, etc.

After the grapes have been sorted, the ones that have made it through can take a few different paths.

(A quick note: some winemakers use whole-cluster (or whole-bunch) fermentation, in which entire bunches of grapes, stems and all, skip all of these steps and instead undergo fermentation. This technique often softens the fruit flavours in a wine and heightens ‘greener’ notes such as herbs and capsicum.) 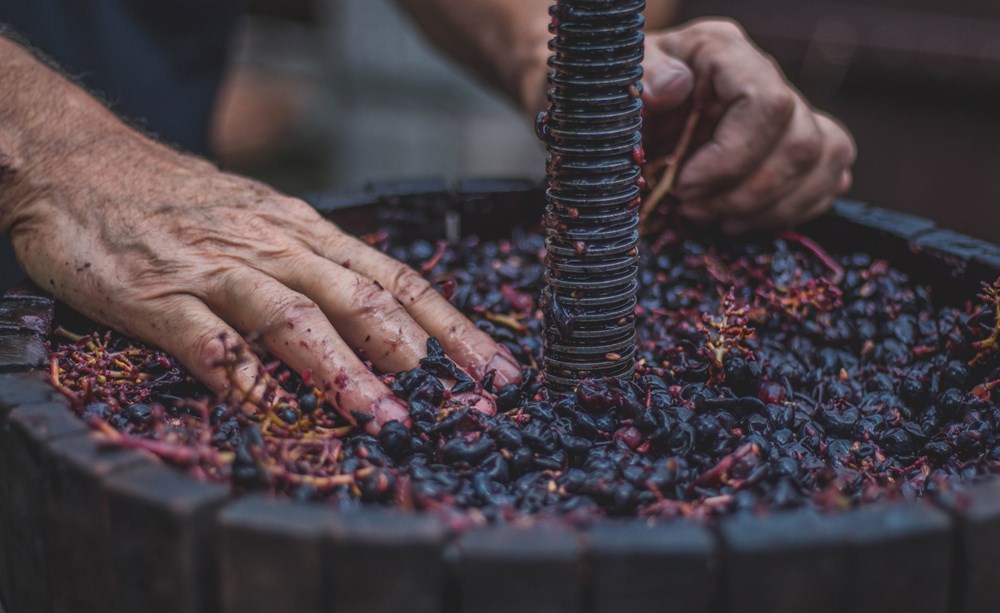 The sorted grapes can go through a crusher-destemmer, which removes the stems from the grapes and also lightly crushes the berries, splitting the skins and allowing the juice to seep out. If white grapes go through a crusher-destemmer, they immediately go to press so they can be entirely separated from their skins and seeds. But red grapes, which need their seeds and stems to impart colour into wine, go straight to fermentation.

The alternative to the crusher-destemmer is foot treading — a labour-intensive technique in which people literally stomp on whole clusters to mash them. This process can often result in wines with more depth and complexity.

(Another note: red wines are actually pressed after fermentation rather than before.)

Fermentation is the process by which the naturally occurring sugar in grapes is converted into alcohol and carbon dioxide. It can take place in different types of vessels — oak barrels, stainless steel tanks, and vats — and the techniques a winemaker uses during fermentation have a massive impact on the wine that eventually ends up in the bottle.

Most aromatic whites and pinot noir are fermented in stainless steel tanks, whereas many chardonnays and other reds are fully or partially fermented inside oak barrels. 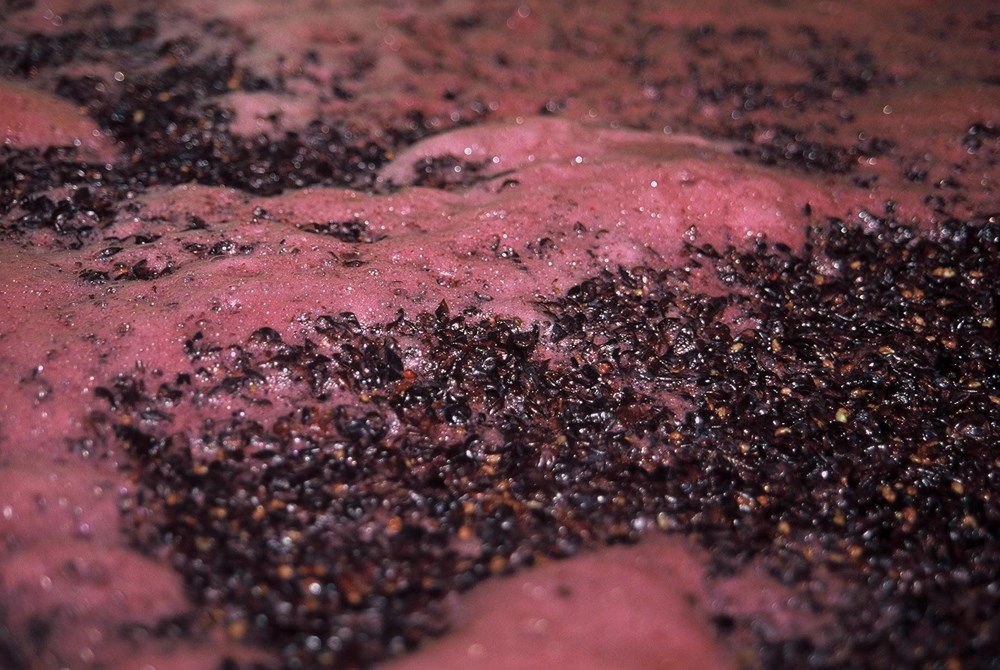 Winemakers add yeasts (cultured or ‘wild’) and sometimes sugar during fermentation to control the sweetness and alcohol levels of the wine. During red-wine fermentation, a ‘cap’ (mainly comprised of skins and seeds) forms at the top of the vessel and requires ‘punching down’ (or ‘plunging down’) so it can be mixed back into the wine and give the liquid its red colour and tannin extraction. This can be done either by hand (a labour-intensive technique often seen in higher-quality, smaller-lot wines) or by machine.

White wines don’t need punch-downs because they’re usually not fermented with their skins. Instead, winemakers ‘stir the lees’ in white-wine fermentation — a technique involving mixing up the yeast leftover at the end of the process to add layers of creamy complexity to the wine.

After primary fermentation, most red wines and some creamier white wines (such as chardonnay) undergo malolactic fermentation, in which hard-edged malic acid gets converted to lactic acid. This mitigates the appearance of any unwanted green or bitter flavours and enhances the wine’s overall softness. 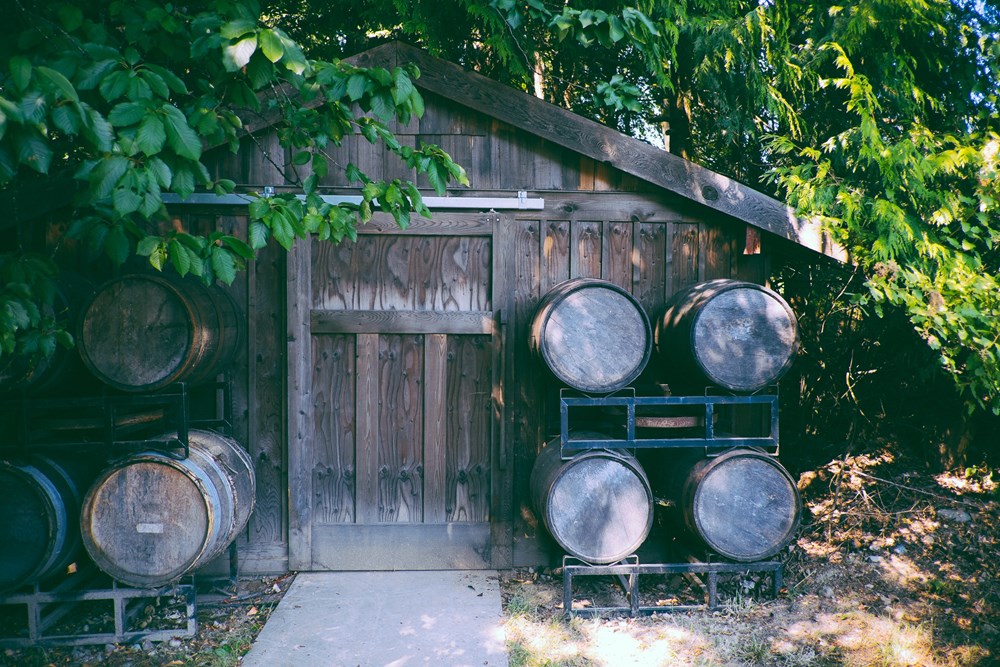 After fermentation, wines usually ‘mature’ for a certain period of time in either oak barrels or stainless steel tanks. This maturation stage can last anywhere from a few months to several years, and it’s often an indication of whether or not the wine is meant to be consumed young or cellared for later sipping.

Wines may also be ‘racked’ during maturation, meaning they’re moved from one vessel to another. This lets a bit of air at the wine, allowing it to develop flavours and layers it might otherwise not.

After maturation, wines undergo a clarification process. The two most common forms of clarification, fining and filtration, work to remove any remaining organic matter from the wine and to eliminate cloudiness from the liquid.

Fining involves using some sort of binding agent (such as egg whites) to separate unwanted particles from the wine.

Once a wine has been fined, it’s typically filtered to remove larger particles such as dead yeast cells. This is the part of the clarification process that makes a wine clear rather than cloudy — but not all wines go through this step. If you encounter a wine with ‘sediment,’ it likely means the winemaker chose not to filter it. Many wines of stellar quality are made this way! 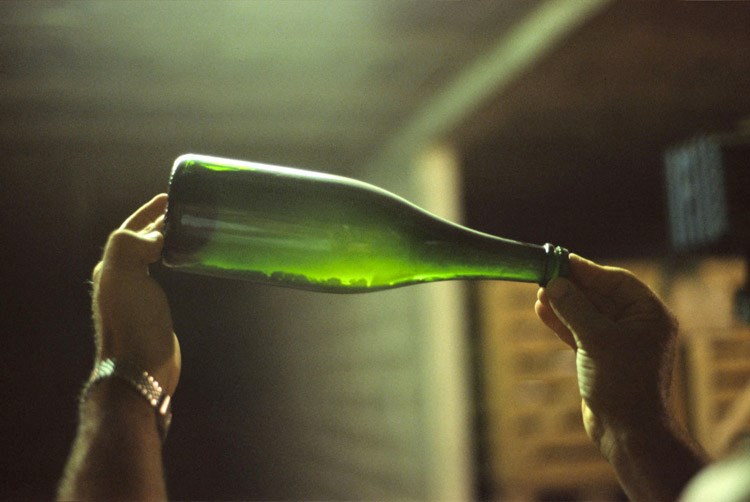 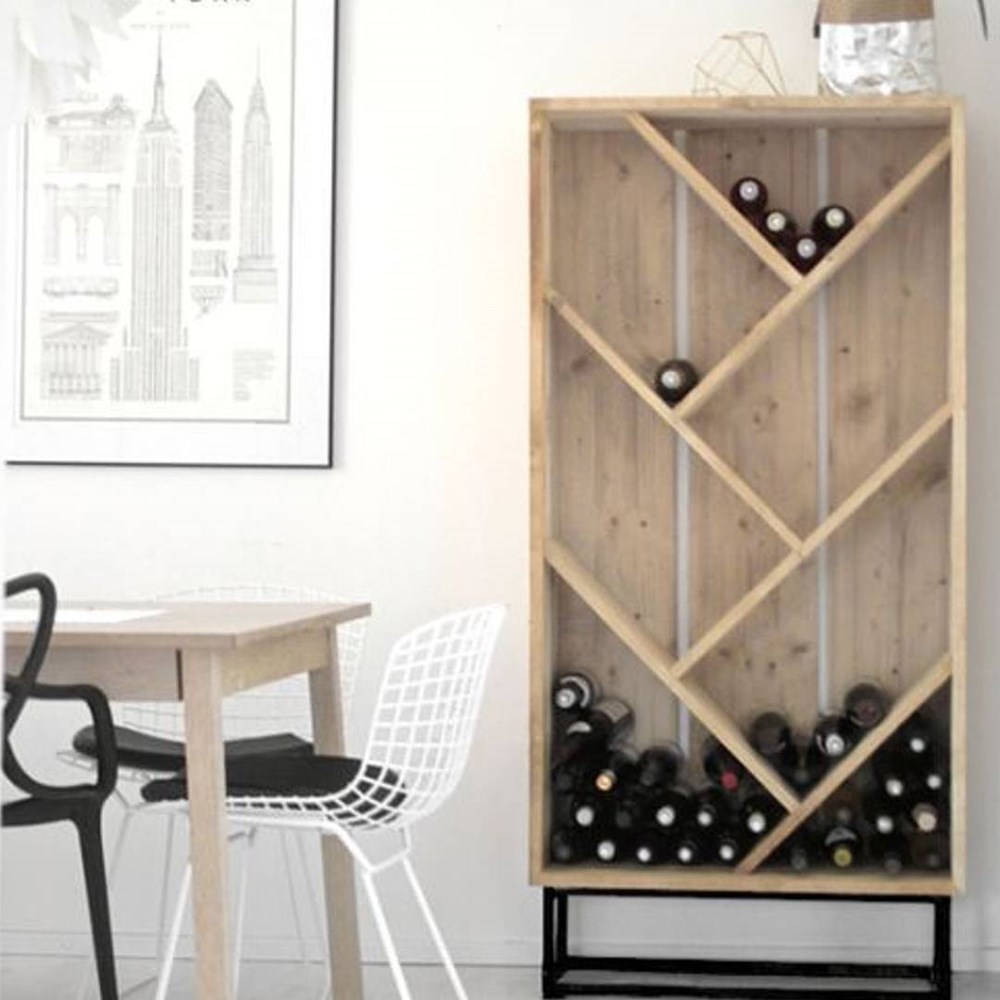 Once a wine has made it through the above steps, it finally gets into the bottle. Bottling is done by specialised machines that sterilise each vessel, fill it with wine, and then seal it with a cork or a screw cap.

(Note: ‘blending’ (the process in which multiple batches or varietals are mixed to achieve a particular style of wine) occurs after clarification and before bottling.)

After they’ve been bottled, wines move to labelling — and then into the hands of wine lovers like us!

Feel the urge to get more delicious wine into your own hands? Let us find bottles that perfectly match your tastes! Click here to join WineFriend today.