Everything You Need to Know About Champagne and Sparkling Wine 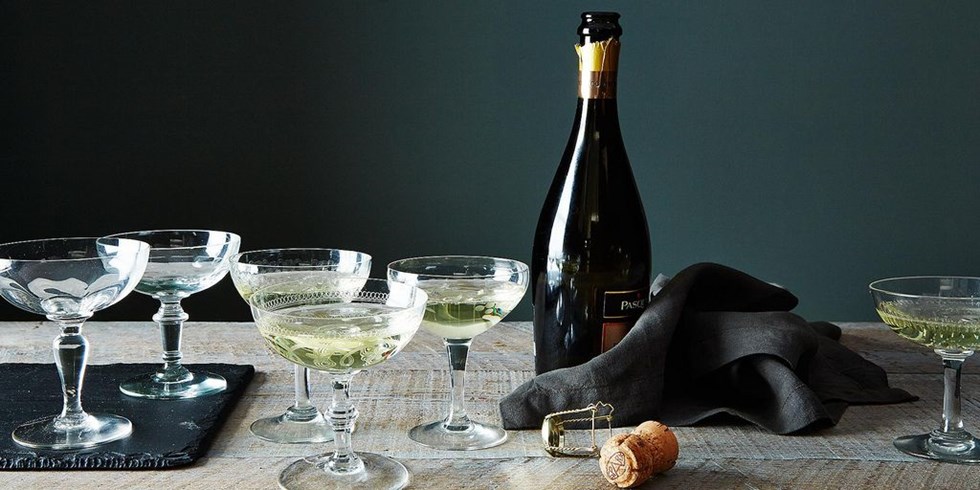 Hi there, WineFriend! Welcome to our ‘Everything You Need to Know’ series, in which reveal the essential facts about wine grapes and wine styles. We’ll be talking about a smorgasbord of popular wines — going into their history, where they’re grown in the world, and what their typical flavour profiles look like. We hope you enjoy!

We all love a chilled glass of bubbles right? Sparkling wine — be it Champagne, Cava, méthode traditionnelle, Crémant, Prosecco, or any variation in between — pretty much embodies the spirit of merrymaking, celebration, and fun. In this piece, we’ll talk about the origins of the sparkle, the different methods used to produce our favourite bubblies, why not all sparkling wine is Champagne, and much more. Read on to upsize your fizz facts!

What's in a name? When you can actually call it 'Champagne'

To understand why you can dub some sparklers ‘Champagne’ but not others, it’s helpful to start with this platitude: ‘All Champagne is sparkling wine, but not all sparkling wine is Champagne.’ Legally and technically, you can only call a wine ‘Champagne’ if it meets these three criteria:

These strict rules explain in large part why many Champagnes often carry exorbitant price tags. More affordable sparkling wines, on the other hand, can be made in other regions around the world, in the same way as Champagne or using other methods, and with pretty much any other grape a winemaker fancies.

So what are these other methods? And what’s the difference between them and méthode Champenoise? Let’s get into it!

Méthode Champenoise (traditionnelle) vs. other methods

The method a winemaker uses to craft a bubbly has a big influence on the style of the wine. As we mentioned above, Champagne can only be made using méthode Champenoise, but other sparkling wines can undergo several different processes — and the one a winemaker chooses depends on a number of factors such as location, tradition, production output, and cost-effectiveness. 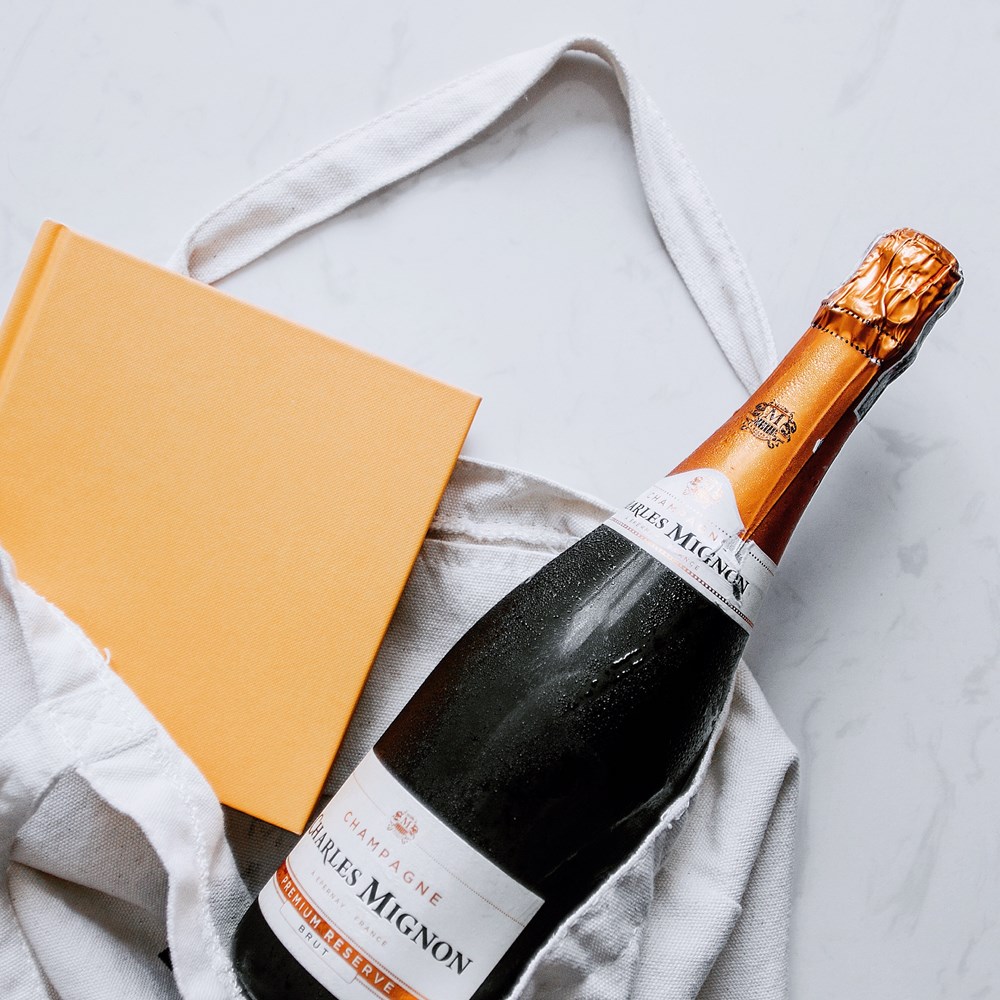 Méthode Champenoise (Champagne method), otherwise known as méthode traditionnelle (traditional method), is the particular method used to make Champagne. During this process, the wine undergoes primary fermentation (head here to read our piece on how wine is made) and then a secondary fermentation in bottle that produces the bubbles.

The wine then spends time aging on its lees (a minimum of 15 months for Champagne) to enhance complexity and texture. After aging, the wine goes through ‘riddling’ (resting upside down in special racks and then being gently jiggled and twisted regularly as they become vertical to allow the spent yeast and sediment to settle in the bottleneck), ‘disgorging’ (removing that yeast and sediment), and ‘dosage’ (adding a mixture of the base wine and sugar/concentrate to the bottles before corking, wiring, and labelling).

(Fun fact: There’s a loophole in the legislation that allows producers in the United States to use the word ‘Champagne’ — hence the labels that read ‘California Champagne’ or ‘New York Champagne.’)

The Charmat (or tank) method is similar to méthode Champenoise — but secondary fermentation takes place inside stainless steel tanks instead of in-bottle. After fermentation, Charmat-method wines undergo filtration, dosage (just like méthode Champenoise), and bottling. More cost-effective but less ‘prestigious’ than Champenoise, the Charmat method doesn’t involve aging and is commonly used to make Italy’s Prosecco and lambrusco.

The transfer (or transversage) method follows méthode Champenoise through secondary fermentation in-bottle and aging on lees (though there’s no time specification), but it doesn’t require riddling and disgorging.

Instead, after secondary fermentation, the bottles are opened and ‘transferred’ into high-pressure tanks, where the wine is filtered and clarified before being re-bottled.

Photo by Quentin Rade on Unsplash

Widely believed to be one of the earliest forms of sparkling winemaking, the ancestral (pétillant-naturel (or pet-nat)) method is perhaps the most interesting way of crafting everyone’s favourite fizzy tipple.

The carbonation method, which you could also call the SodaStream method if you were so inclined, just involves injecting gas bubbles into a still wine to create that fizzy froth. While sometimes regarded as lower-quality, the carbonation method is gaining in popularity as a cost-effective technique that winemakers can experiment with, applying it to any varietal to produce a sparkling version.

If you regularly sip on bubbly, you’re likely familiar with common label words like ‘brut’ and ‘demi-sec.’ These terms offer insight into how dry or sweet the wine in the bottle will be (‘brut’ translates to ‘unsweetened’ and ‘sec’ to ‘dry’), so they’re super helpful when you’re perusing the shelves for something to take home. 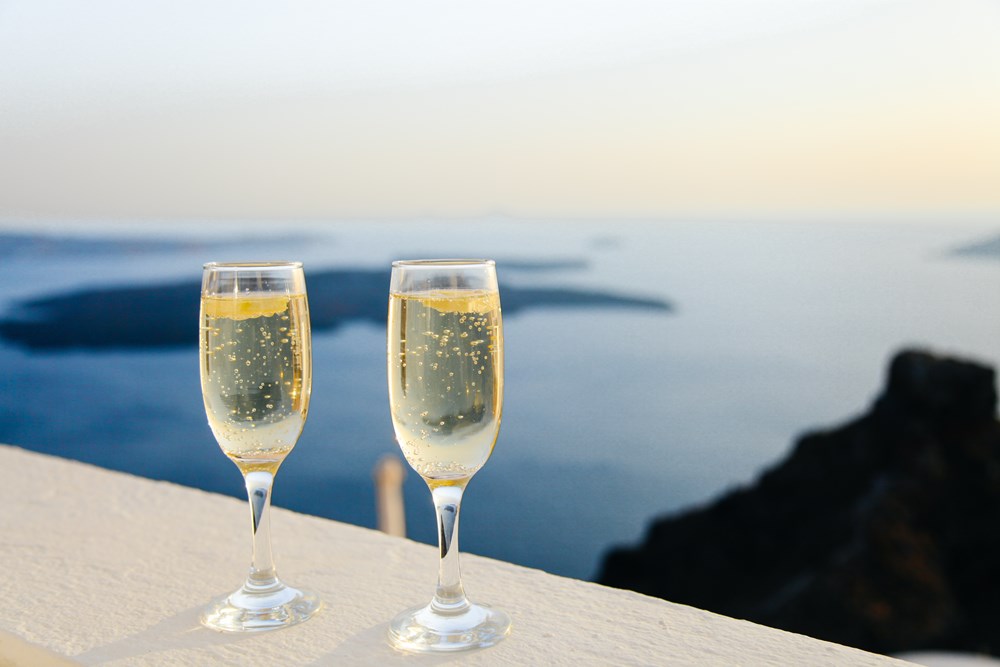 Photo by Anthony DELANOIX on Unsplash

We know that Champagne only comes from Champagne — but what’s a sparkling wine from New Zealand called? From Italy? From Spain? Find out below.

Winemaking regions: Sparkling wines are made New Zealand-wide.  However a group of sparkling wine specialists from Marlborough formed the Methode Marlborough Society in 2013 with the aim of communicating the quality and heritage of Marlborough traditional method sparkling wines.  Their members include Allan Scott, Huia Vineyards, Hunter’s Wines, Johanneshof Cellars, Daniel Le Brun (Lion), No.1 Family Estate, Spy Valley & Tohu Wines. Some have even classified their wines as “Methode Marlborough” on the front label.

What it’s made from: pinot noir, chardonnay, pinot meunier

What it’s made from: local grapes of the area

(Tip: Crémant wines are regarded as great value because they’re consistently good quality without the price tag of Champagne.)

What it’s made from: traditional Spanish varietals (xarel-lo, macabeo, parellada) and occasionally Chardonnay

How it’s made: Charmat method

What it’s made from: glera grapes

What it’s made from: Lambrusco

What it’s called: sekt (the German word for sparkling wine)

How it’s made: Charmat method

What it’s made from: a wide variety of grapes (most common are riesling, pinot blanc, grüner veltliner, and zweigelt)

What it’s called: sparkling wine (or ‘Champagne’ along with the place of production (‘California Champagne’), thanks to a loophole in the laws)

What it’s made from: predominantly traditional varietals

And that’ll wrap things up for us! Learned something new? Let us know on social.

Want more bubbly in your life? Join WineFriend today to get spectacular sparklers delivered straight to your door.